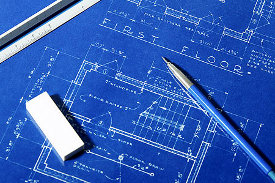 The ultra-conservative Churches of Christ have long taught that the proper way to interpret the Bible is by observing the Commands, Examples and Necessary Inferences found in the New Testament. Of equal importance is the principle that the Silence of the Scriptures do not authorize any activity and are therefore prohibitive.  These interpretive rules are often abbreviated as CENI (or CENI-S). Those who adhere to this philosophy see a pattern or blueprint in the New Testament which is supposedly revealed by looking through the lens of CENI-S.

It would take a person who is in outright rebellion against God to deny the validity of the direct commands and statements of the New Testament.  Likewise, necessary inferences (or necessary conclusions) are direct commands or statements in another form.  They are inferred or implied instead of directly stated.  Anything conveyed by necessary inference carries as much weight as something specifically stated.  That is, as long as the inference truly is necessary.  A necessary inference/conclusion is not the best conclusion of many possible conclusions, it is the only conclusion that is possible!  Too often people are quick to call a conclusion “necessary” when in reality it is not.  Great care must be taken to ensure that our logic is rock solid and well tested before we proclaim an inference to be necessary.

On the other hand,  there is no teaching in the pages of the Bible which require Christians to precisely imitate every action we find recorded in the New Testament.  Nor does the Bible teach that silence is prohibitive (for more information, refer to the articles “Are Approved Examples Binding? (Part 1)“,  “Are Approved Examples Binding? (Part 2)” and “Bible Silence: Permissive or Prohibitive?“).  Regardless, it is affirmed by many that there is a distinct pattern in the New Testament which Christians must follow or risk eternal damnation!

Where is the New Testament Pattern?

Is there really a grand pattern laid out for us in the New Testament?  If so, then one would expect it to be conveyed in a clear and objective fashion. God is the Master Communicator and is infinitely capable of expressing Himself in a way we can understand.  Let’s look at one undeniable “pattern” which God gave in the Old Testament.  In Exodus 12, God gives very specific instructions (a pattern) regarding the celebration of the Passover.

Now that is a distinct, identifiable and unmistakable pattern which all can agree on!  Indeed, the ancient Israelites agreed upon this pattern and followed it for centuries. No detail is left to chance; God has clearly communicated His desires.  The Old Testament has numerous such “patterns” that are clear and abound with detail.  One cannot read the books of Exodus, Leviticus, Numbers and Deuteronomy without encountering dozens of similar clear “patterns” which the ancient Jews were required to follow.

Is God the author of this confusion?  Did God communicate so poorly in the New Testament that His followers are unable to discern “the pattern”?   Did God give us a “pattern puzzle” to solve so that only the most intelligent among us could obtain Heaven?  Isn’t it more likely that we are looking for something that isn’t there?  Surely if a New Testament pattern exists, people of at least average intelligence should be able to see it.  If such a pattern is there, why wouldn’t God make it as plain for us as He did for the ancient Israelites?

One writer makes the following claim about following examples/patterns:

“When must an example be followed? This is when examples define a command. The Spirit of Christ said in Philippians 4:9, “The things which you learned and received and heard and saw in me, these things do: and the God of peace shall be with you.” Here’s a command to follow patterns.”

In this passage, is Paul stating that there is a grand pattern to be followed or is he simply admonishing his readers to obey the commands they had learned and imitate his behavior as he obeys the same commands?  Is Paul advocating a subtle yet comprehensive “pattern” or is he simply saying, “Do what you have been taught and imitate my habits and manner of life”?  I don’t think there is sufficient evidence from this passage to logically conclude that Paul is commanding us to follow “patterns” in the same sense that this writer means.

The writer goes on to cite a number of other proof texts which he feels supports pattern theology such as:

2 Tim 1:13  –  Hold fast the pattern of sound words which you have heard from me, in faith and love which are in Christ Jesus. Is this verse teaching that there is a pattern or standard revealed in sound words or could it be that sound words are the standard (as opposed to unsound, questionable words/doctrines).

1 Cor 11:2  –  Now I praise you, brethren, that you remember me in all things and keep the traditions just as I delivered them to you.  I suppose that the word “traditions” is understood by the author to refer to a New Testament pattern.  “Traditions”, in this verse, translates the Greek word “paradosis” (Strong’s G3860)  which means,

A.  a giving over which is done by word of mouth or in writing.
B.  that which is delivered, the substance of a teaching.

In other words, Paul praises them for adhering to that which he had taught them.  In this passage, one cannot justifiably conclude that Paul is speaking of a New Testament Pattern when using the word “traditions”.

Every other verse this writer refers to uses either the word “pattern” or “imitate”.  In every case, the passage is urging Christians to use Paul (and other believers) as a personal example of how they should behave as Christians.  The passages are not conveying the idea of an overarching New Testament pattern.  Instead, these passages could be likened to how good parents teach their children to behave by setting a good example. Nothing more.

Doesn’t Hebrews 8:5 say that there is a pattern we must follow?  Lets look at this passage.

4Now if he were on earth, he would not be a priest at all, since there are priests who offer gifts according to the law. 5They serve a copy and shadow of the heavenly things. For when Moses was about to erect the tent, he was instructed by God, saying, “See that you make everything according to the pattern that was shown you on the mountain.”

The patternist will zero in on the last part of verse 5 (See that you make everything according to the pattern…) without giving full consideration to the context.  The context reveals that the “he” of verse four is Jesus.  The Hebrew writer states that Jesus could not be a priest on Earth because the Law of Moses stipulated that only a Levite could serve as a priest.  Jesus was not a Levite but was descended from Judah.  The Hebrew writer says that there were already people who fulfill the priestly roles and offer gifts according to the law.

Here is the main point of verse five – these Earthly priests served at a place that was merely an imitation of that which is in Heaven (They serve a copy and shadow of the heavenly things).  To back up this statement, the Hebrew writer refers to an Old Testament passage (Ex 25:40) which says that when Moses was about to erect the tabernacle, God reminded him to make everything according to the pattern (or design) that God revealed to Moses on the mountain.  Hebrews 9:23-24 expands upon this concept by affirming that the Earthly tabernacle (and later the Temple) were mere copies or simulations of Heaven.

Far from teaching that we are bound by some pattern today, the Hebrew writer (in verse five) uses Exodus 25:40 to make the point that the pattern God gave Moses was not the real thing (Heaven) but merely a shadow or replica of the real thing.  Since the tabernacle and the things in them were used to represent various aspects of Heaven, then Moses was to take the utmost care to follow and respect the design which God gave him.

People are good at finding what they are looking for, even if it isn’t really there.  On a nice day when there are big puffy white clouds in the sky, I might look at one of the clouds and imagine I see the shape of a horse.  Someone else looking at that same cloud might see a camel instead. It is very subjective is it not?  Likewise, if we are looking for a New Testament pattern, we are sure to find one. Similar to finding shapes in cloud formations, we are all likely to see different “patterns”.

Our challenge is to sort through the pages of the Bible and determine the real from the imagined.  Let us have open minds and have the courage to follow the truth where ever it may lead.